Top 10 Questions to Ask at a Used Car Dealership

New Cars Becoming Too Expensive For Most Americans 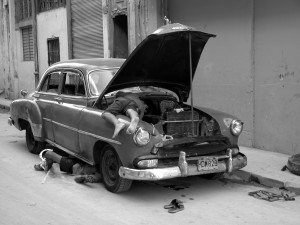 Fans of General Motors have another reason to rejoice; they may also be heard bragging. J.D. Power and Associates has recognized GM as the leader in quality. The study, which measures initial quality, carries a lot of weight in the industry. The 27-year old survey is usually led by an import brand; Toyota beat all other makes two years in a row but is now ranked third.

The study’s focus is on the complaints of customers received within the first 90 days of ownership. The unit of measure is complaints per hundred vehicles. The study proves what GM fans have always known: There is no quality gap between domestic and import vehicles.

When fuel prices were a non-issue, before the 1970s, American cars were big gas guzzlers. They were also of a high quality considering the available technology. The economy changed and the price of gasoline soared. Suddenly, consumers started noticing brands like Datsun and Toyota. Customers were buying compact cars before they were off the truck.

American vehicle manufacturers were forced to manufacture smaller automobiles. The change in venue was challenging to say the least. In the years since that time GM and other domestic companies have been slowly catching up to import brands, and now, thanks to the J.D. Power study, everyone knows that GM is in the lead.

Used-car buyers have to focus on quality more than new car customers do. Pre-owned autos have less warranty protection. GM has closed the gap between imports and domestics. A high-quality new vehicle eventually becomes a high-quality used car.

The million mile odometer found on used GM vehicles logs many miles. Customers are driving them further than ever before. Thirty years ago, a car with 100,000 miles was seen as being on its last leg. The quality of used GM vehicles has changed that. It is common for people to buy these automobiles with 200,000 miles or more. It is more likely that the driver of a GM car will trade vehicles for the fun of it than for the necessity.

The myth that Japanese imports are the only durable vehicles is officially a thing of the past. American consumers are increasingly dismissing the notion. The proof that GM produces the highest quality vehicles is undeniable. The quality of these automobiles is the result of exceptional engineering and design over many years. The logical conclusion is that used GM vehicles, both new and used, are of a high quality.