The Best Used Cars for Your Teen 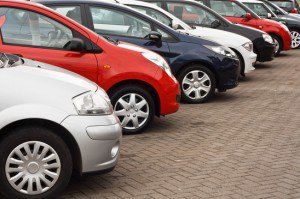 The Best Used Cars for Your Teen

For any teenage driver, and their parents, it’s important to purchase a used vehicle that is not only affordable, but also reliable. There are several cars that experts consider to be the best picks for new drivers based on their dependability and safety features. With the new school year in full swing, having reliable transportation will bring the peace of mind parents need and a little more of the freedom teens crave.

Known as an affordable car, the Honda Accord will likely continue to run well past 100,000 miles. The Accord is also fuel-efficient and should be a car your teen can use into their college years. It’s easy to drive and if your teen forgets to change the oil in a timely manner it should continue to run well, though we don’t recommend going too long between oil changes.

Popular among teens for its design, the Scion XB provides ample interior room that is similar to an SUV without being a gas guzzler. Many pre-owned Scion XBs come with customized features with plenty of bells and whistles that will make it an enjoyable car to drive.

The Ford Focus has long been considered one of the best used cars for teens for its affordable pricing, coming in at an average of $10,000, and maintains its value through the years. The Focus includes a spacious interior that feels anything but cramped, along with agile handling for drivers that have a minimal amount of experience behind the wheel.

This trendy car is popular with teens, both for its modern design and fun amenities. Between the high levels of performance to the luxurious interior, the car is classier than its competitors and sells for an average of $13,831. As teens enjoy the appearance of the vehicle, parents appreciate the safety it guarantees with its excellent crash test ratings.

The Mazda 6 is sporty in design, making it one of the preferred amongst teens. Teens love its flashy appearance both inside and out. It’s easy to drive and provides plenty of visibility when on the road. The interior is known as being quiet, making it easy to avoid distractions for new drivers.