Fun Texas Road Trips To Take In Your Used Car

Why Second Hand Cars Are Such a Good Deal 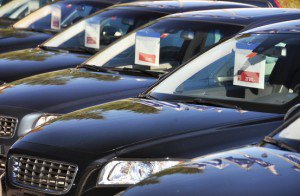 Why Second Hand Cars Are Such a Good Deal

One of the major issues to consider, whenever you go shopping for a new car, is whether or not buying a used car is an investment that would be right for you. There are a number of reasons why looking at second hand cars might be a better option than buying something brand new out of the showroom. Here are some of the main reasons why:

There is no denying that when a car has been pre-owned, it always sells for less than it did when new. That is an especially appealing aspect for those who are car shopping on a limited budget. In addition, the lower prices you pay for used cars also translates into lower sales taxes and more reasonable car insurance premiums. No matter how you look at it, a used car leaves money in your pocket that would otherwise be gone if you bought new.

One of the greatest disadvantages to buying a new car is the fact that it loses value as soon as it leaves the car lot. That is because from the moment it has been legally purchased, a new car falls permanently into the used car category, since naturally it can never be sold as new again. That instant depreciation in value is something you can avoid by buying used.

In the past, a common argument against used cars is that they were not as reliable as new ones. However, in recent years that has become less true. Today’s cars are better built than they used to be, meaning that they last longer. While used car buyers still need to be alert to what they are buying, the simple truth is that it is not as risky as it used to be to buy something from the pre-owned market. Besides, even if something does go wrong with your used car, it is likely to be replacement parts like the breaks, tires and battery. In other words, the very same things you are also likely to have to replace on a new car. As an extra bonus, any repair expenses can be at least partially offset by the money you saved by not buying new.

If saving money is your primary consideration, then the used car market is something you need to consider. By buying used, you will avoid the instant losses that occur thru depreciation, pay less in overall prices and fees, plus save on taxes and insurance. Not only do you save money, but chances are that with the high manufacturing quality of most cars these days, you really aren’t taking any big risks with reliability. If you just use common sense and take the normal precautions you would when making any major purchase, the chances are that by shopping in the pre-owned market you will find a good car at a good price.